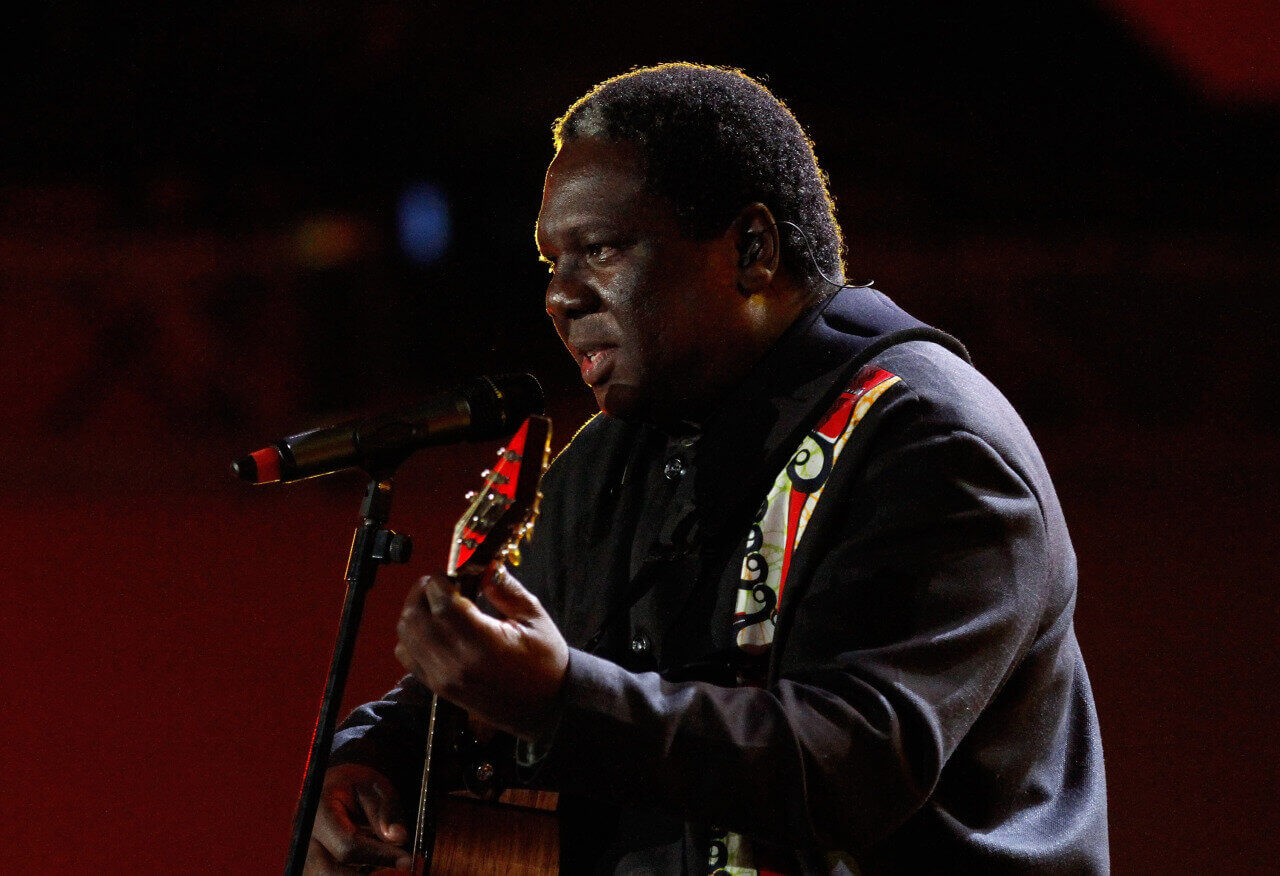 *** Africa Oyé: Nyumbani, Episode 2 premiered on the Africa Oyé Facebook Page and Youtube Channel at 7pm on Friday 29th January. There is no charge to watch the stream but donations are welcomed via africaoye.com. ***

Africa Oyé are delighted to reveal the line-up for the second episode of their brand new online series of original concerts, interviews, documentaries and DJ sets, Africa Oyé: Nyumbani.

This edition of series – which takes its name from the Swahili word for ‘at home’ – will premiere on the Liverpool institution’s Facebook and Youtube pages at 7pm on Friday 29th January, with future episodes airing monthly.

Featuring on the second edition of the show will be an original concert and interview with South African singer-songwriter, Vusi Mahlasela.

Vusi Mahlasela is simply known as ‘The Voice’ in his home-country, celebrated for his distinct, powerful sound and his poetic, optimistic lyrics. His songs of hope connect Apartheid-scarred South Africa with its promise for a better future.

Raised in the Mamelodi Township, where he still resides, Vusi became a singer-songwriter and poet-activist at an early age teaching himself how to play guitar and later joining the Congress of South African Writers. After his popular debut on BMG Africa, “When You Come Back,” Vusi was asked to perform at Nelson Mandela’s inauguration in 1994. Vusi has toured globally and shared the stage with Dave Matthews Band, Sting, Paul Simon, Josh Groban, Ray LaMontagne, Natalie Merchant, Taj Mahal, among many others.

One of his most treasured performances was in 2010 when he helped ring in the World Cup in South Africa, at Orlando Stadium in Soweto.  His iconic song “When You Come Back” was the theme song for the South African World Cup coverage on ITV in the UK.

London-based, ESA will be familiar to Oyé festival-goers as a regular main stage DJ, keeping Sefton Park moving between the usual eclectic and international line-up, often on the festival Sunday.

Fusing Kwaito house and afro disco with gritty techno and deep percussive grooves, Esa has carved out his own unique and expansive musical identity. Born and raised in Cape Town, Esa is an ambassador for the South African music scene in the West. Cutting through the noise of European nightlife, he draws upon his cultural roots, his global travels and the people he meets along the way to embody a sound without limitations.

Africa Oyé: Nyumbani, Episode 2 will premiere on the Africa Oyé Facebook Page and Youtube Channel at 7pm on Friday 29th January. There is no charge to watch the stream but donations are welcomed via africaoye.com.