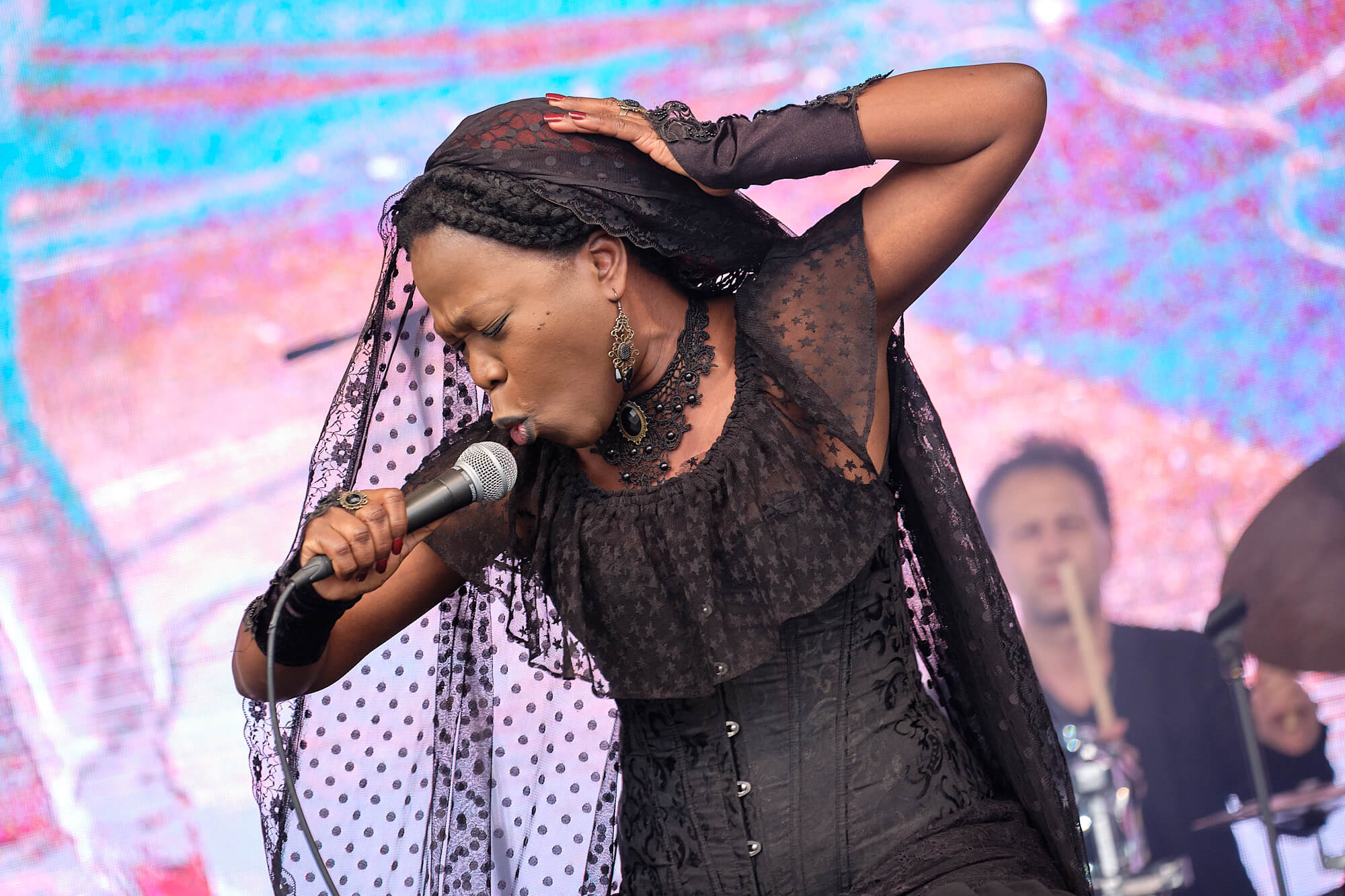 *** Africa Oyé: Nyumbani, Episode 3 premiered on the Africa Oyé Facebook Page and Youtube Channel at 7pm on Friday 26th Febuary. There is no charge to watch the stream but donations are welcomed via africaoye.com ***

Artists from Haiti, Zanzibar, South Africa and the Wirral make up an eclectic line-up for the latest episode of Africa Oyé’s new online series, Nyumbani.

This edition of Nyumbani – which takes its name from the Swahili word for ‘at home’ – will premiere on the Liverpool institution’s Facebook and Youtube pages at 7pm on Friday 26th February, with future episodes airing monthly.

The series, which debuted last December, features original concerts, interviews, documentaries and DJ sets from artists across Africa and the Diaspora. 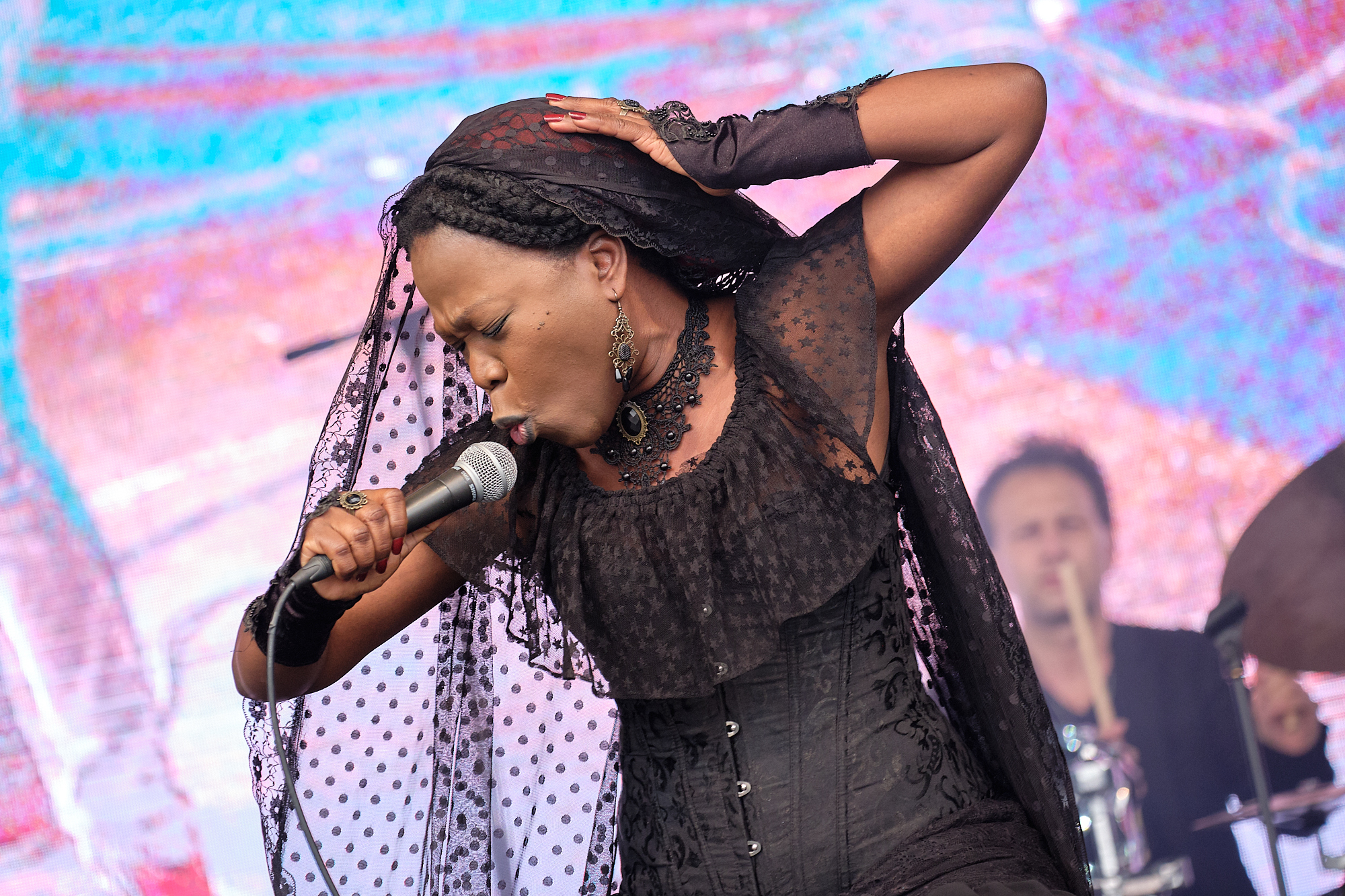 One of the stand-out performers from the most recent festival in Sefton Park – back in 2019 – the Haitian Voodoo Priestess, Moonlight Benjamin, will return to delight the Oyé audience with a never-before-seen set, showcasing her unique brand of blues rock.

Born and raised in Haiti, Moonlight spent her childhood with a priest who raised her and taught her Christian hymns. However, she quickly emancipated herself from this genre and began to discover her own style of music. Those tuning in to Nyumbani can expect Caribbean voodoo tunes, 70s blues, rushing riffs, saturated electric guitars, and of course, Moonlight’s incredibly powerful and raw voice.

For those wanting a soundtrack while they get to work in the kitchen, Zanzibari, Mim Suleiman will not only be performing songs as part of this episode, but will also be joining host Spykatcha for a special, cook-a-long interview! 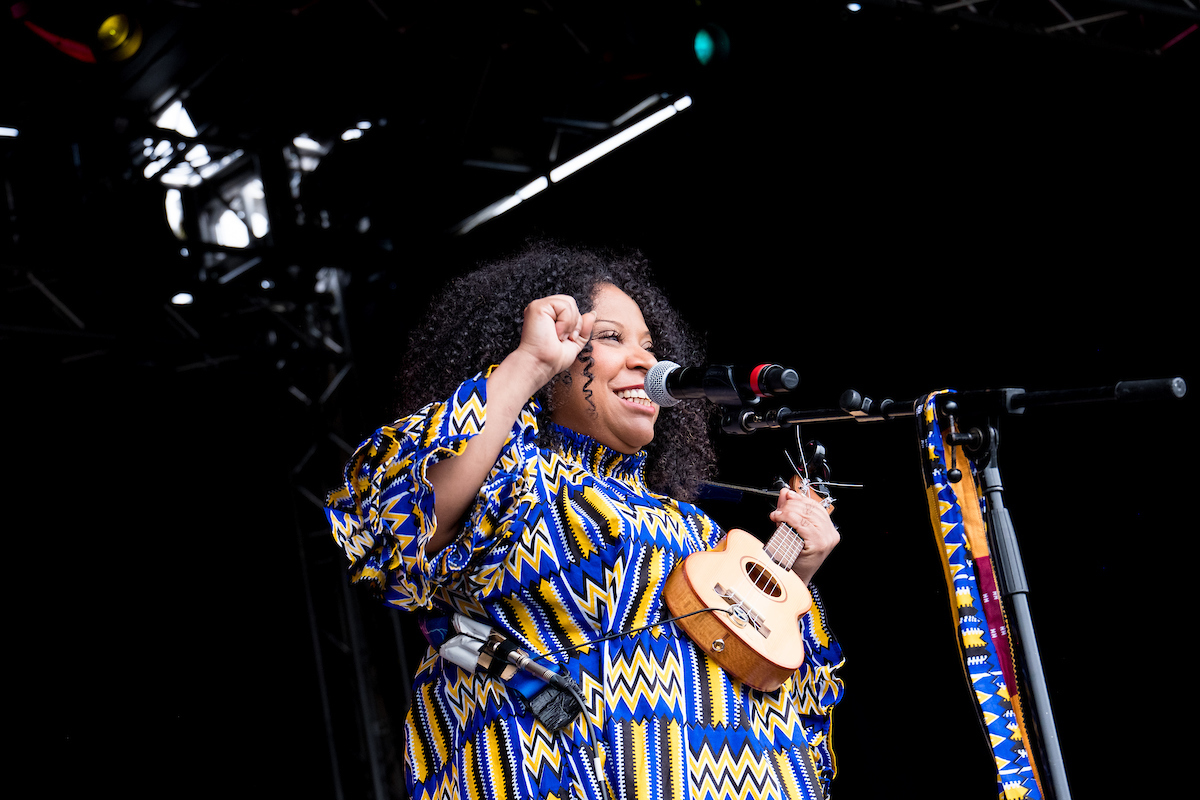 The singer songwriter who performed in Sefton Park as part of the festival in 2018, will be sharing her recipe for Kachori – a delicious, deep-fried snack – and viewers can try their hand at making some themselves by following the step-by-step guide below! 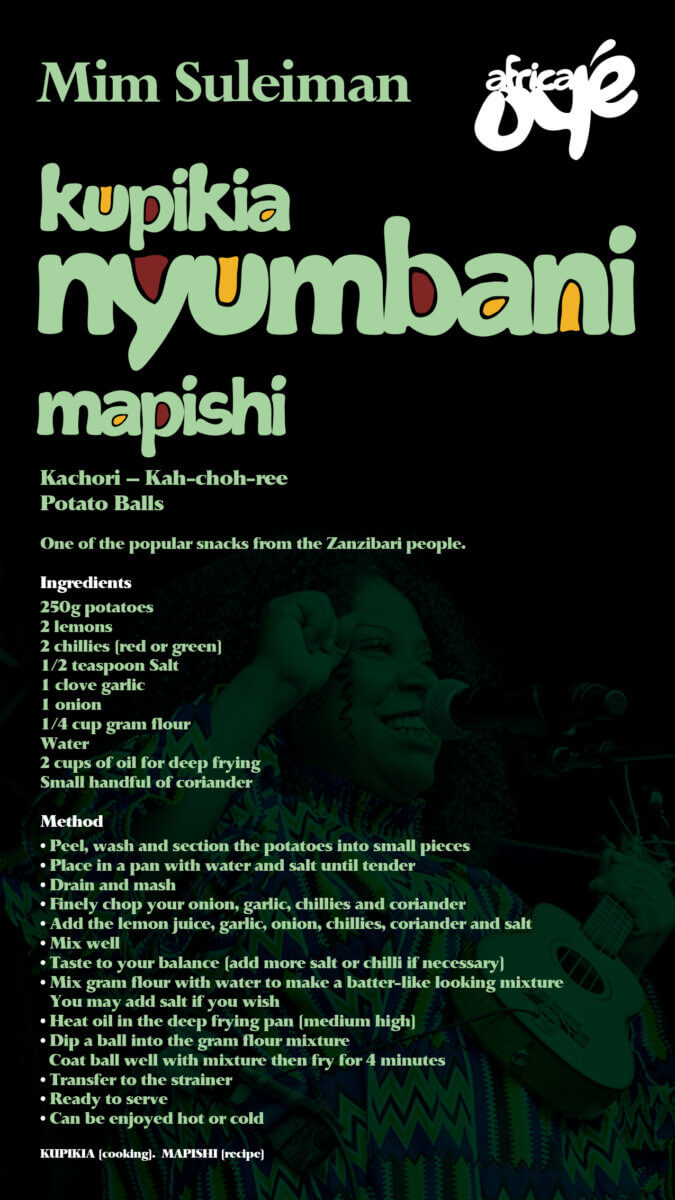 Adding some local flavour to proceedings will be the Wirral’s own, Tabitha Jade, who will be showcasing her latest single, Intuition, featuring PRIDO, a Manchester-based rapper of Zambian heritage.

Tabitha opened the Africa Oyé festival on the Sunday of the 2019 weekend – proudly celebrating her own Jamaican heritage – as part of the hugely successful ‘Oyé Introduces’ programme; her profile has gone from strength to strength ever since. 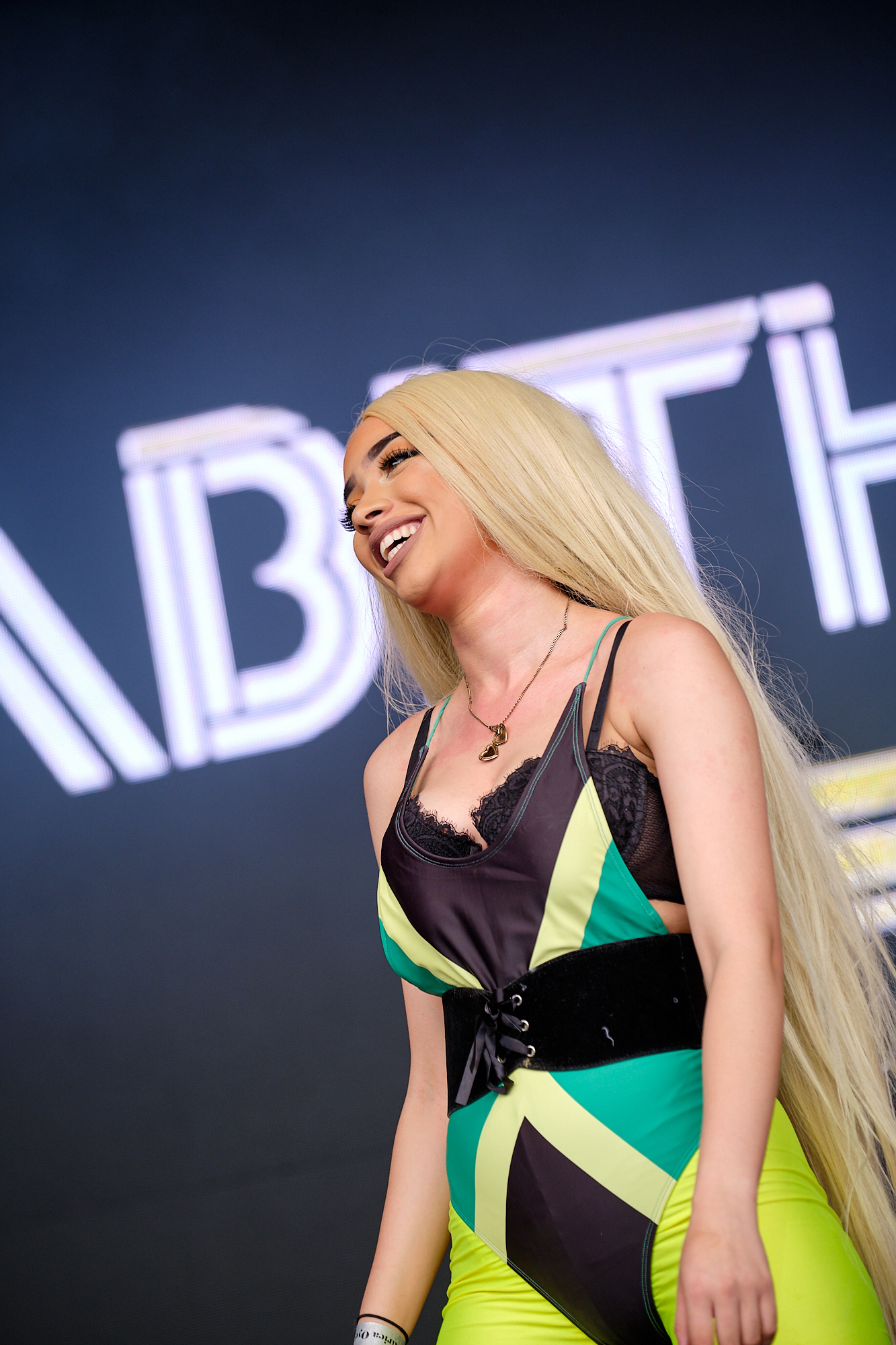 The FREE online show – airing on the Africa Oyé Youtube and Facebook pages – will also feature a DJ set from one of most exciting selectors on the South African scene right now, SNO.

The Manchester-based DJ will be selecting music from across the African continent, and anyone who is a regular listener to her show on NTS Radio, will know the Nyumbani audience are in for a treat. 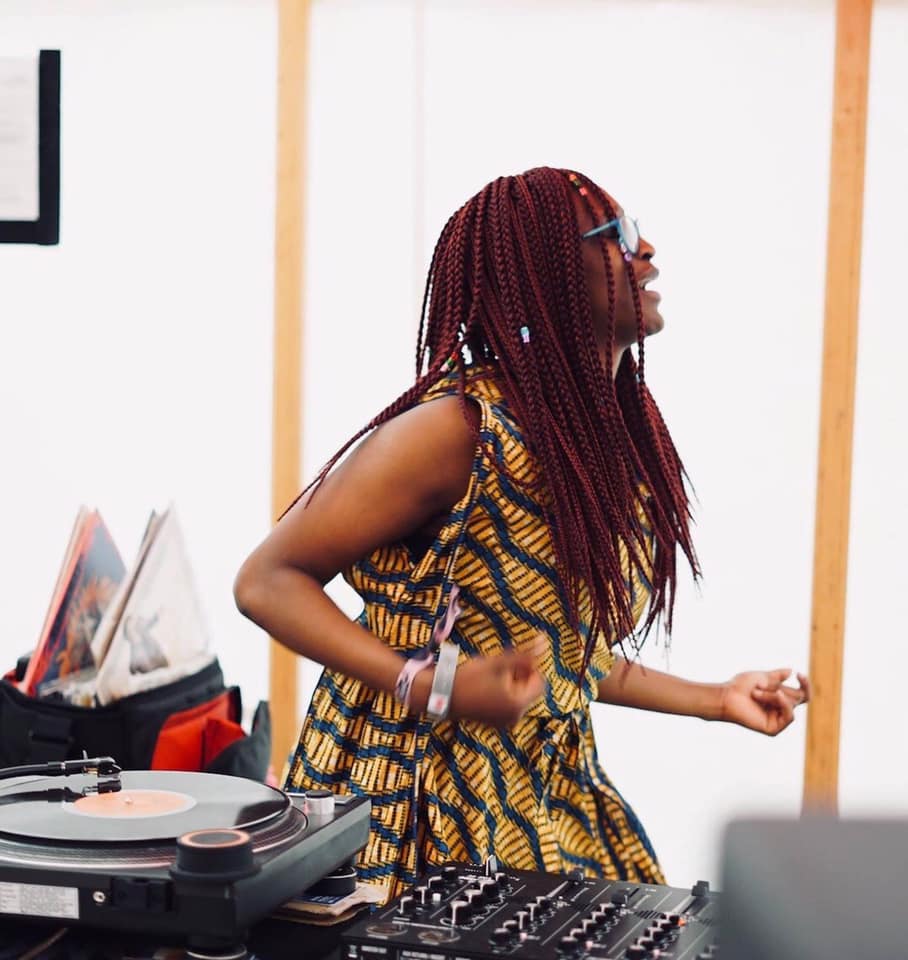 Africa Oyé: Nyumbani, Episode 3 will premiere on the Africa Oyé Facebook Page and Youtube Channel at 7pm on Friday 26th Febuary. There is no charge to watch the stream but donations are welcomed via africaoye.com.