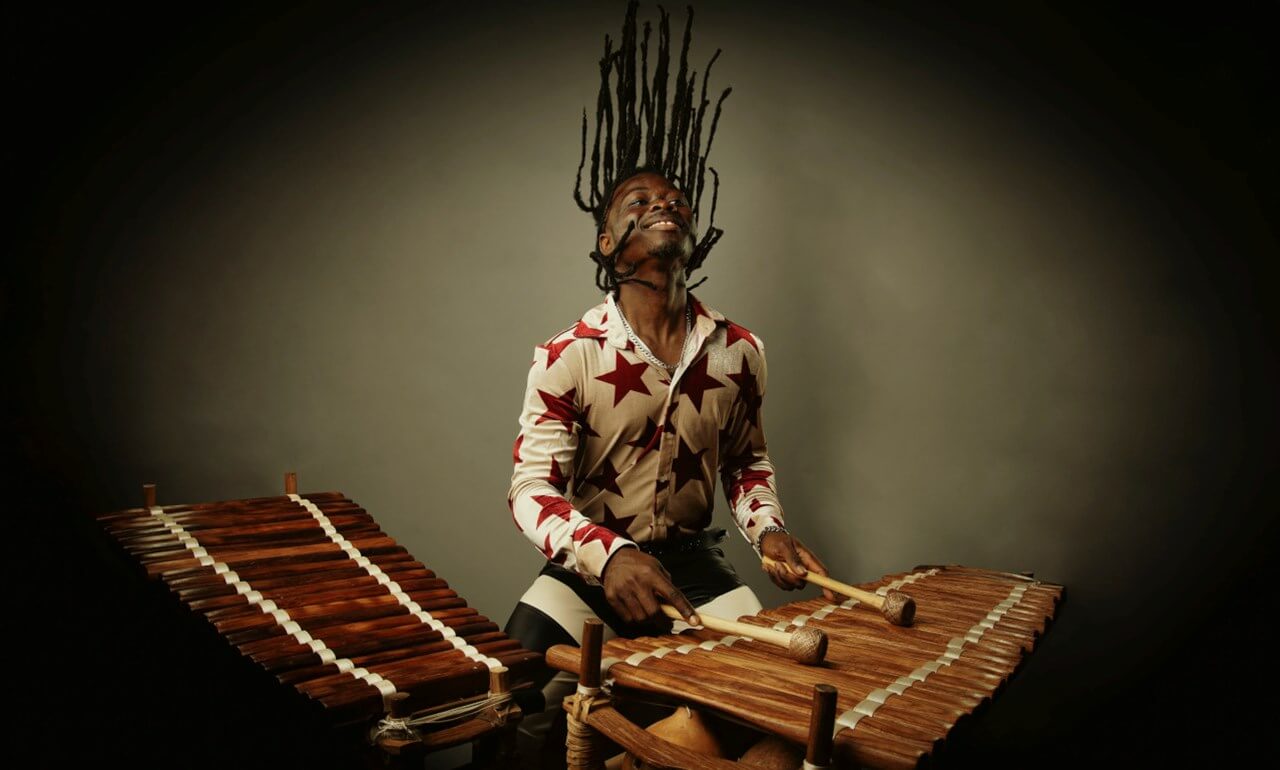 The final concert of Africa Oyé’s announced anniversary shows will then see N’famady Kouyaté – a young and energetic master musician from Guinea – bring his modern interpretations of traditional West African Mandingue songs and rhythms to the Philharmonic’s Music Room.

N’famady’s primary instrument is the balafon – the traditional wooden xylophone, sacred to West African culture and his family heritage of the griot/djeli. In Guinea he founded Les Héritiers du Mandingue, a tradi-modern group that toured extensively in West Africa. Now living in Cardiff, N’famady has played both as a solo artist and with a full band line up – where his arrangements are a fusion of Mandingue African with western jazz, pop, indie, and funk influences provided by an ever-evolving collective of musicians.

N’famady released his first EP in July 2021; an EP featuring mash-ups of traditional Guinean songs with new Welsh lyrics, modern and traditional instrumentation, played by a ten-piece band. N’famady’s performances create amazing atmospheres and vibrations wherever he goes, and Liverpool will no doubt be charmed by his infectious enthusiasm and joy.

Africa Oyé’s Artistic Director, Paul Duhaney, said: “It’s been an amazing year for Africa Oyé shows so far with performers from Somalia, South Africa and local artists from here in Liverpool all taking part in concerts under the #Oye30 banner. Now, coming off the back of a festival to remember, we’re really looking forward to another series of eclectic gigs that show how varied the music of Africa and the Diaspora really is.”